The firm has seen a significant reduction in operator training and orientation, and improvements in accuracy, production control and ease of operation over the ten years it has used DrumTronic 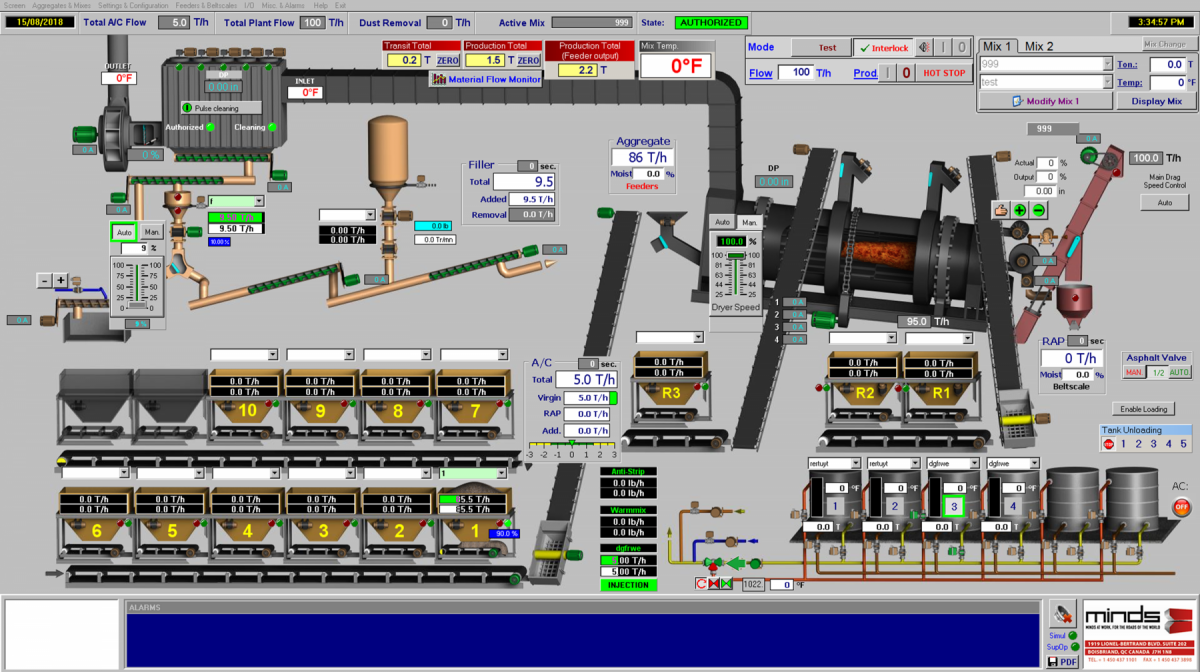 A highway construction firm in the United States that operates many asphalt plants was using multiple asphalt plant automation systems. The various plant control software was not compatible with each other, making it difficult for the firm to understand at a company-wide level how its plants were performing in relation to each other, ensure production standardization and accuracy across its operations, and train plant staff.

In 2009, the company made the switch from its multiple plant control systems to MINDS’ DrumTronic software for asphalt plant automation and control. MINDS’ reliable, accurate and customizable asphalt plant software was designed after consultation with actual plant operators to allow plant managers to get a quick and clear understanding of their operation, and handles everything from simple blending to total plant control.

The construction firm saw immediate improvements from switching to the MINDS software beyond the simplicity of having one plant control solution instead of several. According to a plant maintenance manager, DrumTronic was superior to the vast majority of plant software on the market in key metrics such as calibration, ease of operation and overall plant production consistency and accuracy. As well, the plant manager said, the program offered far superior reliability for its plants.

“We’ve been using Minds’ DrumTronic for ten years now,
and have no plans to go back.”
Plant Manager, 10+ Site Asphalt Production Plant, USA

The simplicity of use is thanks to the way DrumTronic was designed to easily communicate all the metrics that operators need to understand, to prevent confusion and misinterpretation of data. MINDS prioritized symbolizing information clearly, such as how delays and timing can be shown over a graphic representation of material flow and plant, in order to save operators from having to look at overwhelming collections of numbers.

By standardizing on a system, the company was also able to reduce the amount of time it was spending on operator training and orientation. Prior to using MINDS’ software, personnel would be trained on one type of plant control system only to be moved to a new asphalt plant and need to be trained again on a new system. With DrumTronic, the company had the ability to move personnel from plant to plant without needing to bother re-training. The Minds system is highly customizable and has a consistent interface on drums, batches, hybrids plants or even bitumen terminals and emulsion plants, “When they opened the door in the control house, it was an identical screen that they had from their old plant,” said the plant maintenance manager. With more than 30 personnel who would need to know how to operate the plant software, this was a huge time-saving.